I'm getting really tired of Rob Ford's buffoonery. I like his policies. I want the city to reduce spending and tighten budgets. I want to stop overpaying for labour and providing benefits that those who pay for them wouldn't expect.

What I don't like is his role as an ambassador for the city. I suppose this is a tradeoff we need to make to get his hardline policies. I mean… I like that he doesn't give a rat's ass about what anyone thinks of him and that he's steadfast in his convictions. I just think there are cases where he SHOULD care about his public image and where he MUST realize that he's not right about absolutely everything that surges through his brain.

His idiocy in thinking he can go around talking on his cellphone while driving has been nothing but damaging to his credibility. His utter contempt for the public when caught is even worse.

Now he's been caught apparently lying about what happened when This Hour Has 22 Minutes showed up at his door. He's basically coming across as a big sourpuss.

Geez man. Have some fun with it!

He recently made some comments to the effect that if we had another election he would be re-elected.

I think he might be, but I wouldn't put any big bets on it.

As I said before… I like his policies. I don't think he's found as much waste as we'd hoped for, but I'm glad he's looking.

You can be sure though, that if he had some competition from someone holding similar values, there's very little chance he'd get back in.

Of course, if he ran against another slew of bleeding heart commies looking to crank up our taxes and pay more and more for union workers, I think he'd be a shoo-in for another term.

So then… are there any other fiscally responsible people out there willing to run?

2 time Indy 500 winner Dan Wheldon died on lap 12 of the last race of the Indycar season today in Las Vegas. Just finished watching the tribute laps. What a sad moment in racing. May he rest in peace.

In First Canadian Place there’s a Pumpernickel’s and they make wonderful schnitzel sandwiches. I look forward to them every time I go there.

They also have a location in the Simcoe Place food court, near the CBC building. A long time ago, perhaps a few years now, I tried the same sandwich there and was very disappointed.

It seemed to have half the serving of meat on it and just left me feeling sad.

Today, at the urging of a friend, I tried it again.

It was great! It was every bit as good as the one from First Canadian Place. I don’t know if the last one was a fluke or if they’ve stepped up their game, but I have a feeling this isn’t going to help my ongoing effort to eat healthier at lunch.

Firstly, most people in Ontario can't be bothered to care.

Secondly, people like paying higher taxes and are looking forward to more.

I've never liked the Boxster. I've always found it looked rather boring and seemed to be a 2nd rate Porsche for people who couldn't afford a 911.

I've just seen spy pics of the new one though, and it looks amazing!

I have hereby decided that if I'm made ridiculously wealthy through a lottery win this weekend, I will certainly buy this car as my daily runabout. 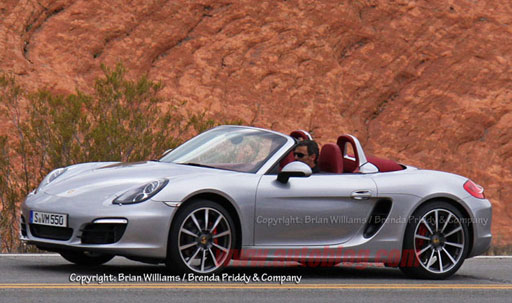 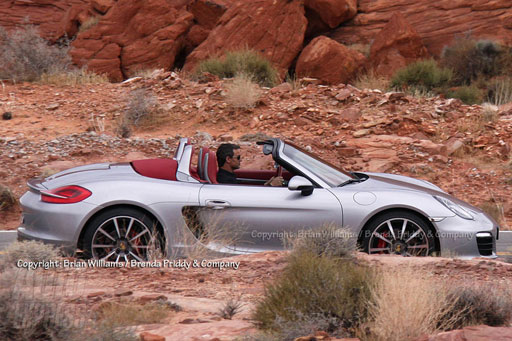