I watched the Ontario election leaders debate last night. There wasn't much in the way of real information, but it gave some good insight into the personalities of the 3 party leaders involved.

We already know enough about McGuinty to know that we can't trust a word he says, so his participation was pretty much a moot point. I don't expect anything is going to change the minds of any of the lemmings still voting for him.

The other two were quite interesting though. Andrea Horwath impressed me. If I didn't know that her paycheque comes with a union logo on the corner and that electing her would only put us further down the road to bankruptsy, I think she may have won over my vote with her performance. I thought she did very well and showed the most promise of the three as a solid leadership candidate.

I think the two biggest problems in our society today though are overspending by government and the profit model of the financial system that siphons money out at every opportunity to the detriment of society as a whole. Only one of these things can be addressed by the provincial government, and it's just not part of the NDP mindset to make any improvements.

At the moment, that leaves me with Tim Hudak. I had concerns going in that he was going to torpedo his chances last night, and came away pleasantly surprised and feeling more confident about giving him my vote.

I hope that when all is said and done, McGuinty is sent packing and the Liberal party can get their act together and give us a legitimate 2-party decision in the future. I guess only time will tell.

I watched the series premier of Terra Nova last night. While it didn't instantly hook you the way Lost did when it started, it definitely has some promise.

With that in mind, I highly recommend that everyone avoid this series like the plague.

We all know what happens when I watch a new show from the beginning.

I'm willing to bet it won't last to the end of the first season.

What an interesting place!

Adding the pic. I didn't quite have the camera at the ready, so I only caught it as it almost got away. 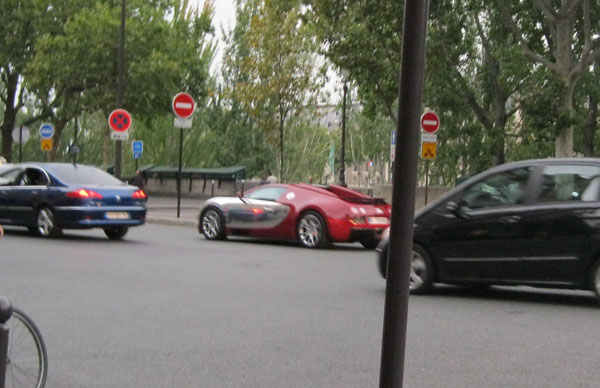