This is just me gloating.

Yesterday, I managed to win both events in the Pickup Truck Challenge in GT5 using the Daihatsu Midget.

I kept checking the used car lots for a pickup truck to compete in the event, and that's the only thing that turned up.

It was like competing at LeMans on a riding lawnmower.

But I did it. And my prize for winning? ANOTHER FREAKIN' DAIHATSU MIDGET!! It's like the game just kicked me in the crotch for my efforts.

I also went and completed the Ia license and got the Dodge RAM. I suppose if I'd done that earlier, I wouldn't be making this post right now but hey… everyone likes a challenge, right? 😀

Here's the final standings for The Mopps.

Now it's worth noting that the Tilfords missed a number of picks througout the season… Chuck started late and missed the first 7 races… and Kelly pretty much gave up early on… so I'm really looking forward to seeing how everyone does next year, if you're still interested! 🙂

Yesterday saw history being made by Jimmie Johnson… AGAIN.

There's just no telling what this guy is gonna accomplish! I think 7 championships for him is gonna end up looking easy. The only real question is whether he'll get them all in a row!

Some will argue that it's bad for the sport, but I think the way he won it this year, coming from behind in the last race, is actually great for the sport.

It would be bad if he was just walking away from the rest of the field, but as it stands, his defeat looks very attainable. Denny almost pulled it off, and you can bet he's just itching for another chance next year.

The drama made this the best chase yet, and I'm pretty sure this has been the best race at Homestead in years!

Congrats again, Jimmie! You just may be the greatest champion ever!

After playing a fair bit this past weekend I have two major observations.

Firstly, if they put in damage modelling, then they might as well not have bothered. I've seen a few instances of trivial damage showing on cars, but it seems to have little or no effect on the driving and certainly isn't proportional in any way to the forces of impact I've caused.

Secondly, I suppose it should go without saying, but trying to get gold in the license challenges can be every bit as frustrating as it used to be in GT4 and earlier. I don't think that's a bad thing… just sayin' though. 🙂

NASCAR school is interesting but it's kinda boring so far. I've only done the first two levels though, so I there's not much going on yet. It's geared to explaining what makes NASCAR different from other series' and does a pretty good job of showing that it's not as simple as it seems. I have a feeling it's not going to make new fans out of those who don't already follow it, but it does show there's more to it than just planting the pedal and turning left.

Now I just can't wait to get online and start some good multiplayer battles! 🙂

Yesterday was by far the most entertaining race I've ever watched at Texas!

There was already drama in the battle for the lead in the Chase, which swapped hands a few times throughout the race and ended up with Denny Hamlin, but that was the least of the drama in the race!

There was Kyle Busch giving the finger to the officials, and then getting penalized for it and berated by his crew chief.

There was Jeff Burton wrecking Jeff Gordon under caution, and then Gordon storming after him, tossing him around a bit, getting him in a headlock, and finally being torn away by the officials.

You then had Chad Knaus pulling the entire pit crew like an underperforming goalie, replacing them wholesale with Jeff Gordon's crew, who then went on to give Jimmie phenomenal stops for the rest of the race.

This race had a bit of everything and is certainly one for the ages!!

It didn't take long for the Leafs to go from first in the NHL to dropping out of playoff contention… but it doesn't really matter just yet.

It may matter a whole lot in April, but for the moment, I suspect they're still getting their stride and the team has shown a lot of promise.

They've got a snowball's chance in hell of winning the cup this year, but they definitely look better than last year's team so hopefully the steady improvement will continue, scoring slump be damned.

What I really want to address today though are Brian Burke's comments about people booing Dion Phaneuf, and Toronto Star reader's responses to them.

I've linked the article below in the related link.

[blockquote]“You’re talking about a real small number of people and frankly I think it’s a disgrace,” said Burke. “Ten games in and I don’t think I’ve ever had a player booed. I think it’s really unfair to Dion because of the things he’s brought. The mistakes he’s made generally happen when we’re behind and he’s trying to make something happen.

“He’s given us solid defensive zone coverage, he’s almost single-handedly changed the culture of our team.”

Burke added fans who paid their money to see the team can say what they like, as long as it’s not hateful, homophobic, or racist.[/blockquote]

I think that's a fair comment to make, but find it interesting that the responses posted on thestar.com by readers seem to be implying that the people are completely justified in their booing and that he should just shut up and manage.

I'm actually very surprised by this. I mean, I guess the people commenting probably aren't fans either, but they sure are vocal about their anti-fandom!

Here's my thoughts on this:

I think MLSE has brought this on themselves, but not for the reasons people seem to be spouting out, such as the dismal record of the team. I think they've brought this on themselves by filling the arena not with fans, but with a bunch of corporate fatcats. Actual fans can't get, or can't afford tickets to the games, so a huge number of the people in the seats could care less about the team, or even worse, find pleasure in mocking them. They haven't spent money to be there. They wouldn't spend money to be there. They get to be there because some company owns a bunch of seats so they're at the game for free because it's better than sitting at home on a Saturday night.

They probably think the people that actually paid to be there are just suckers.

Of course, the companies that bought those seats are paying a fortune for them, doing their part to fill the MLSE coffers, so they're allowed to do whatever they want. If you tell them not to boo, they're only going to do it louder.

So what's the solution?

For years, MLSE has made huge amounts of money by fielding a barely adequate team and then throwing just enough money at them near trade deadlines to make it look as though they were making an effort to win. I'm pretty sure that's why they haven't had a Cup since original expansion. But that changed a couple years ago, when they gave Brian Burke the reins and told him he could do whatever he wants.

It was probably a byproduct of the salary cap, since the team no longer needs to worry about limiting spending so they can keep their money, but it was a big step in the right direction. Win or lose, at least I now believe they're doing everything they can do with the team itself to make it competitive.

Perhaps what's next though is to change the culture at the arena. If things continue as they are now, even while Burke can do whatever he wants, there will be players who just don't want to come to Toronto because it's not a great place to play.

Sure, we're the greatest hockey city in the world, but as mentioned above, the fans that make it such a great and lucrative hockey market aren't the people filling the stands.

I can't help but wonder just how much money MLSE makes from their box office, and whether shuffling things up there would really hurt them in their pocketbooks. They should do away with most of season tickets and let people who want to buy tickets actually buy tickets for some reasonable amount of money. Keep the corporate boxes I suppose, as those are going to be around no matter what, but get rid of the rest. Let the fans back into the arena, and get rid of the flack.

If the players are appreciated rather than mocked, it can only make better things happen.

Just want to say that this is the most amusing thing I've seen all day. I feel like I've rediscovered an old friend! 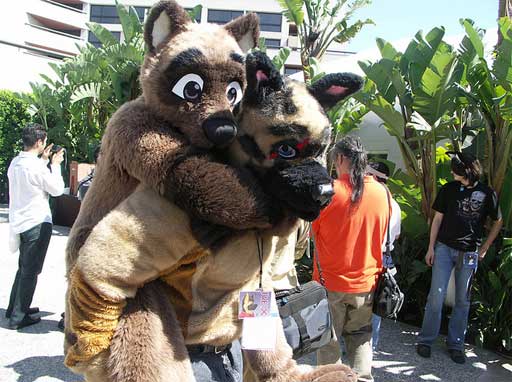 I read an article in the paper this morning telling me eggs are bad for me. Apparently all the eggs I eat are going to kill me by pumping me chock full of cholesteral and choking out my arteries.

Apparently all that "Get Crackin'" jazz we see in commercials is a bunch of hogwash perpetrated by the egg marketers to sell us death.

So on the one hand, we have a professor from the University of Western Ontario telling us eggs are bad for us.

On the other hand, we have the people who make their living selling us eggs telling us not to listen to him and that eggs are healthy and wonderful.

Who would you believe?

I'm reminded of the grain lobbyists who convinced the government that low-carb diets were the work of Satan and that companies should no longer be allowed to advertise their goods as being low in carbohydrates anymore. They won that one.

Will the egg people win this one?

It's been a long time since I've had any faith in believing what the government tells me is good or bad for me. I have a feeling that faith isn't going to be restored anytime soon.